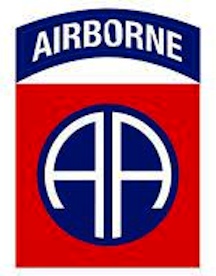 Walter Merle Lamb Jr., 71, of Brooklyn, Michigan died August 28, 2021 with his wife and daughter by his side. Born March 14, 1950 in Tecumseh, Michigan to Carmen Ona Lamb (Pfaffinger) and Walter Merle Lamb, raised in Manchester, Michigan. He married the love of his life, Anita L. Miller, July 3, 1971 in Manchester, Michigan. He always said she is the strongest woman he’s ever known. They recently celebrated their 50th Wedding Anniversary with their loved loves. The two of them had a great relationship and spent time laughing every day. He was a great father to their daughter Heather M. Toth, married to Joseph D. Toth III who he enjoyed spending time with. He has two grandkids, Owen and Isabella, who were his pride and joy. He is a brother to nine siblings who loved him dearly.  Walter went to Manchester High School and joined the Army in March 1967. He was a Paratrooper and Radio Operator for the 82nd Airborne Division out of Fort Bragg, North Carolina, serving in Vietnam. He was Honorably Discharged in 1973. He completed his Pipefitting Apprenticeship at General Motors in Ypsilanti, MI and continued working for GM and Delphi, retiring in 2004.  Walter had a heart of gold and was the kindest most genuine man. He had a gentle and nurturing spirit, made friends with anyone and everyone. He was always helping others, especially those less fortunate. His family is what was most important to him. Anita and Walters marriage and life together is one that words cannot explain or express but was truly special. He couldn't be more proud of their daughter. He loved spending time with his Grandkids, teaching them all he knows and watching them grow. He was proud of his son-in-law, who also served in the Army. He loved reading, bidding at online auctions, sitting in the hot tub relaxing and talking with Anita, and sunny Florida beaches. He loves his home and the peace the scenic views brought him.  He loved going to lunch with his best friend, Paul Creech. His sense of humor is like no other. One of his favorite stories to tell was about when he bought his 42’ boat in Maryland and sailed down the coast to Florida, getting too close to the Naval Base where they immediately told him he was too close. Walter is admired and respected by all that were lucky enough to have ever known him.  Walter is survived by his wife, Anita L. Lamb, daughter Heather M. Toth (Joseph D. Toth III), and grandchildren Owen and Isabella. His nine siblings; Sandie Murray (Tim), Pamela Lamb, Angela Lamb, Beth Clouse (Jay), Bruce Calloway (Linda), Dawn Jarrett (Ron), Brian Calloway (Cindy), Brett Calloway, and Brandon Calloway.  He was preceded in death by his mother Carmen Ona Coury (Pfaffinger) and father Walter Merle Lamb.  A Celebration of Life will be held at Walter and Anita’s home on Sunday September 5, 2021 at 2:30 p.m. Walter was passionate about helping others and Veterans. In lieu of flowers, please donate to The Journey Home, Ending Veteran Homelessness, Winchester, Indiana. The Journey Home helps to provide stability, support and interventions so that Veterans are empowered to attain housing and independence. Donate | Journey Home (journeyhomevets.org)

To send sympathy gifts to the family or plant a tree in memory of Walter Merle Lamb, Jr., please visit our tribute store.