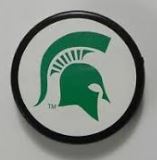 Terry Jon Smith, 78, of Lansing, Michigan passed away peacefully at Sparrow Hospice House of Mid-Michigan on January 16, 2022. Terry was born on August 3, 1943 to Harold and Ruby Jane Smith in Lansing, Michigan. Terry graduated from Sexton High School in 1961, then went on to study pre-law at Michigan State University, graduating in 1966. From there he went on to Detroit College of Law receiving his degree in 1971. Terry and Joan (Jones) were married at People's Church in East Lansing, MI on February 24, 1973. They had two sons together, Michael and Christopher. Terry started his career at the Legislative Service Bureau as a Bill Drafter in January of l973, and continued working there until his retirement in January of 2001. Terry enjoyed reading mystery novels, doing jigsaw puzzles, and walking in his neighborhood or at the Lansing Mall. He had a passion for college sports, especially for Michigan State basketball and hockey. He had season tickets for Munn Arena from its opening in 1974 until around 2010. He loved to travel, and was able to enjoy recent trips to Yellowstone and the Grand Canyon with his sons. He's visited places like Toronto, Disney World, Washington, D.C. and stuck his toes in the Pacific and Atlantic Oceans, and the Gulf of Mexico. He is survived by his wife, Joan, sons Michael and Christopher, and one brother, Denis Smith of Lansing along with many sister-in-laws, brother-in-laws, nieces and nephews. Services will be held at New Life Assembly of God Church, 400 W. South Street, Grand Ledge, Michigan 48837, on Friday, January 21, 2022. There will be visitation at 10 a.m., service at 11:00 a.m. with a luncheon following at 12:00 Noon.

To send flowers to the family or plant a tree in memory of Terry Jon Smith, please visit our floral store.