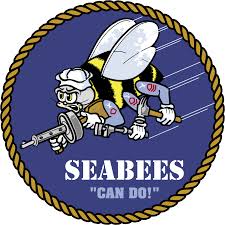 In loving memory of Stanley James Easler, age 74, who passed away peacefully in his home with his family on October 2, 2020.  He was born in Hillsdale, Michigan on August 14, 1946 the son of Dollie Marie and Orville Eugene Easler.  He graduated from Morenci High School in 1965.  He joined the Navy the same year where he became a Seabee attached to construction battalion MCB 11 and served 3 tours in VietNam between 1965 and 1969.  He was a man of many skills and talents. His favorite pastime was racing and rebuilding anything with a motor.  As soon as he was able to drive he was racing at Milan Dragway and later in life at Oak Shade Raceway. He served on the Morenci Volunteer Fire Department in the 1970's.  In the late 70's and early 1980's he worked as the head mechanic for Adrian Public Schools' bus barn.  During that time he served as a reserve Adrian Police Officer until he made it a full time career in 1984.  On February 28, 1991 was awarded a Meritorious Service Commendation for Bravery while attempting to save a baby girl from a burning house. He retired from the Adrian Police Department in February of 2007 after 23 years of service.  He married Pamela Easler on September 14, 2006. He spent his retirement years helping raise his Special Best Buddy Granddaughter Nevaeh Wright, working on motors and anything else that needed fixing for himself, family and friends. He was preceded in death by his parents Orvillle and Marie and a sister Joan Allen. He is survived by his beloved wife Pam: sons Tom (Cheri) Easler, Bradlee Easler, Adam (Krista) Wright, Justin Wright, Jarett (Tamara) Wright; daughter Kristie (Mark) Trapp; sisters Marian (Jerry) Nelson, Laura (Don) Alcock, Brenda (Dave) Thompson; brother Merton (Connie) Easler; Grandchildren Jill (Brandon) Kreighbaum, Jason (Carmen) Easler, Ari Wright, Alyssa Trapp, Megan Trapp, Liam Newman, Lia Wright; Great Grandchildren Seth Mayes, Brenya Glisson, Maisen Gauna, Joey Easler, Nora Easler and Special Best Buddy Neveah Wright.  He is dearly loved and is greatly missed.  A Viewing & Visitation will be on Monday, October 5, 2020, from 3:00 PM to 6:00 PM at J. Gilbert Purse Funeral Home, 2959 N. Adrian Hwy, Adrian, MI.  Military Honors will follow and be performed by the Adrian VFW Post 1584 Honor Guard.  www.PurseFuneralHome.com

To send flowers to the family or plant a tree in memory of Stanley James Easler, please visit our floral store.