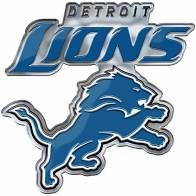 Raymond Michael Purdy, our beloved son, husband, and father, passed away due to complications from COVID19 on Thursday May 20th, 2021 at 37 years of age. A hospital worker for his entire career, Mike contracted the virus in November 2020. He battled fiercely through 6 months of hospitalization but lost his fight and passed peacefully surrounded by his family. His devotion to his 4-year-old daughter Samantha and his wife Dr. Judy (Turnbull) Purdy DVM was an inspiration to all who knew him. He graduated from Lansing Community College and Ferris State University after graduating from Haslett High School.  Mike's love of science and computer technology drew him to the medical field and laboratory work, beginning at Sparrow hospital while he was still in college and continuing in Detroit. While finishing college, he met his soul mate, Judy, who was studying Veterinary Medicine at Michigan State University. They were married at the Detroit Zoo in 2011 and settled in Grosse Pointe Woods with their dog Waffles. They welcomed their daughter Samantha in 2016. She became the joy of Mike’s life and a more doting father never existed. Mike was known for his casual Hawaiian shirts and khakis. He enjoyed playing online and role playing games with his close group of friends, unabashedly loved watching Disney movies with his daughter, and was a die hard Detroit Lions fan. His love of Michigan State sports was unbending. He was full of joy and kindness and this untimely death leaves a great sadness in his passing. He is sorely missed by his father Raymond A Purdy Esq. and mother Dr. Margaret Purdy MD, brother Christopher (Corey) Purdy, grandmother Gloriana Purdy and the many aunts, uncles, nephews, and nieces of his extended family and many, many friends. He was preceded in death by his grandfather, LaVere A. Purdy.  He is at Peace. Donations may be made to the Detroit Zoological Society in memory of Raymond Michael Purdy.

To send flowers to the family or plant a tree in memory of Raymond Michael Purdy, please visit our floral store.

You can still show your support by sending flowers directly to the family, or by planting a memorial tree in the memory of Raymond Michael Purdy
Share a memory
© 2021 J. Gilbert Purse Funeral Home. All Rights Reserved. Funeral Home website by CFS & TA | Terms of Use | Privacy Policy