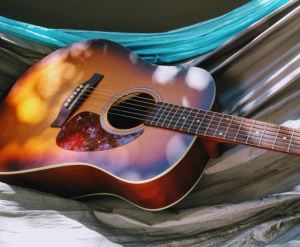 Okey Gene Howard Jr., age 82, passed away on January 8, 2021. He  was born in a log cabin in Greenup Kentucky on March 24, 1938, to Okey Howard Sr. and Lillie Mae Adams. Okey was one of ten children, and proud of his southern heritage. Okey’s family moved to Michigan when he was seven years old. Okey spent his time helping his dad and brothers on the farm while living in Pittsford Michigan. Okey attended a one room school house until his family moved to Adrian Michigan where he worked auctions with his family for many years. That is where he met his wife Ruby of 62 years, who survives. Okey worked for Canteen Vending for several years, he also drove school bus for Sand Creek  Schools for a lot of years.  Okey was an entrepreneur, at one time he owned a restaurant, a furniture store and built a beautiful log cabin in the Irish Hills. That is where Okey and Ruby ran a Bed and Breakfast and he met a wonderful friend named Alan Sutton. Alan saw how much Okey was fascinated with Marilyn Monroe and began giving Okey Marilyn Monroe collectables over the years, Okey cherished this collection. Okey had a love for guitars and singing in the gospel group at his church. He also loved southern music along with Johnny Cash, Merle Haggard and Kenny Rogers alongside with many more iconic country musicians. Okey loved to sing karaoke and when he would sing karaoke he would begin his performance with “Hello, I’m Johnny Cash” followed by his favorite Johnny Cash song. Okey cherished his guitar collection, his favorite is a guitar signed by Willie Nelson. He had a collection of 50’s, 60’s and 70’s music records and memorabilia. Okey loved Elvis Presley and began collecting Elvis mementos. Okey spent his time watching NFL and College football. Okey is survived by his wife Ruby, daughter Nancy (DeWayne) Monroe, son Okey (Cheryl) Howard III. Okey is survived by many grandchildren and great grandchildren, Melissa (Dominic) Forlano, (Great Grandkids Kaycie, Madilyn and Nicholas Forlano), Valerie O’Connor, Sara (David) Lynch, Jason (Sarah) O’Connor, (Great grandkids McKenna, Carter and Avery O’Connor,)Nathan (Lori) O’Connor, (great grandkids Piper O’Connor), Justin Pigg, Great grandkids Astrid, Rudy Pigg), Zachary Garvin, Lindsay ( Great grandkids Jaedyn, Braelynne) Garvin. Okey is survived by a sister Janice Guinn, a brother Bud (Chris) Howard. Okey is survived by sisters in law Margaret, Sandy, Grace, Debbie, and one brother in law Joe Baugh. Okey is survived by many nieces and nephews. Okey made many friends over his life time and one of those special friends was Robert Mallow. Okey was preceded in death by one son Jim and a daughter Cynthia, both of his parents and seven siblings.  Funeral services will be private for family members only and will be held 1:00 PM, Thursday, January 14, 2021 at J. Gilbert Purse Funeral Home, Tecumseh, Pastor David Morton officiating. Burial will follow at Lenawee Hills Memorial Gardens in Tecumseh.  Visitation will take place at the funeral home on Thursday, January 14, 2021 from 11:00 AM. until time of service.

To send flowers to the family or plant a tree in memory of Okey Gene Howard Jr., please visit our floral store.