Share a memory
Obituary & Services
Tribute Wall
Donations
Read more about the life story of Milbry and share your memory.

Milbry “Moby” Benedict, longtime University of Michigan baseball coach and beloved husband, father  and grandfather, died peacefully in the presence of his loved ones on Saturday, April 9, 2022.  He was 87 years old.  Born in 1935, Moby spent his childhood playing baseball in the streets and vacant lots of Detroit, Michigan.  Moby joined the varsity baseball and basketball teams at Detroit’s Southeastern High School as a freshman, and enjoyed three and a half years of athletics before graduating a semester early to attend the University of Michigan in January of 1953. (Fun fact:  While only 5’8” in height, Moby was the captain and played center on Southeastern’s basketball team because he could dunk the ball and jump with surprising altitude!)   Moby attended the University of Michigan and played baseball for the Michigan Wolverines’ head coach Ray Fisher from 1953 to 1956.  After graduating from the University with both his bachelor and master degrees in education, Moby played shortstop for several Detroit Tigers minor league teams in the late 1950s before accepting an invitation to join the University of Michigan Baseball coaching staff as assistant coach from 1960 to 1962, making him the only Michigan Wolverine to be a part of both national championship teams of 1953 and 1962 . . . and the only athlete in Michigan Baseball history to both play and coach on a national championship team. (Another fun fact:  Moby won the singles National Paddleball Championship in 1965, and later, would frequently stun countless opponents by spotting them 20 points and then beating them using only a Clorox bleach bottle as a paddle!) After winning the College World Series in 1962, Michigan’s retiring head coach, Don Lund,  recommended Moby Benedict for the head coach position.  In 1963, and at the age of 27, Moby took over as Michigan’s head baseball coach, and spent the next 17 years compiling a winning record of 367-252-5.  Under Moby’s leadership, Michigan won three Big Ten Conference championships, three trips to the Baseball College World Series, and finished in the top 3 in the Big Ten in 14 of the 17 seasons as head coach. While Moby Benedict coached 25 future major league players as Michigan’s head coach,  his true coaching legacy is rooted in both his exceptional skill in teaching the fundamentals of baseball, and with his belief that his players were academic students first and foremost.  Moby’s insistence that his players’ prioritize academic studies may have cost his record some additional wins,  but the academic and professional success of so many of his former players remain a testament to his winning life philosophy.  Moby retired from coaching after the 1979 season.   Being the quintessential Michigan Man, he joined the University’s Intramural and Recreational Sports department to his become an associate director of Intramural Sports from 1980 to 1992. Moby came out of coaching retirement to manage the Montreal Expos’ Class A minor league team, the Jamestown Expos, in the New York - Pennsylvania league from 1982-1984,  and also the Detroit Tigers’ Class A minor league team in Lakeland, Florida in 1985. The University of Michigan retired Moby’s uniform number (#1) in 1979, only the second number retired by the school after Bill Freehan’s number (#11) in 1977. In1994, Moby Benedict was inducted into the University of Michigan Athletic Hall of Honor. Moby’s passion was always spending time with his family in Northern Michigan in a log cabin built by himself with the help of friends and family. In retirement, Moby was an active member of the Frankfort, Michigan Rotary chapter, and spent most of his time in service to the Benzie county community through his work with Habitat for Humanity and various other service organizations including Relay for Life and the Rails to Trails network.  Both Moby and Pat, his wife of over 60 years, were long-time active members in their churches, First Presbyterian Church in Ann Arbor, and later, St. Andrews Presbyterian Church in Benzie County, Michigan.  Moby’s life of service to his community will forever remain an inspiration to his family and all those who knew and loved him.  Moby is survived by his wife of 66 years, Patricia, his son, Michael (Kathryn), and his granddaughters, Maya Benedict and Alia Benedict.  Moby was preceded in death by his son, Daniel (Rebecca) in 2017.  Moby’s family will celebrate his life in a private memorial service this summer at his Northern Michigan home. Contact and memorial service information may be found on our website:  mobybenedict.com .  In lieu of flowers, Moby’s family would request that any donations in his memory be made to any of the following charitable organizations: the Moby Benedict Endowed Baseball Scholarship at the University of Michigan,  the Michigan chapter of Habitat for Humanity, the National Alzheimer’s Association, or to Hospice of Michigan. 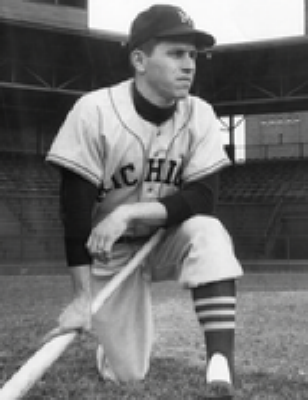