Share a memory
Obituary & Services
Tribute Wall
Donations
Read more about the life story of Leland and share your memory.

Leland E. Easter, age 96, of Adrian, MI, passed away, September 1, 2022.  He was born December 23, 1925, the son of Edward and Leota (Rogers) Easter.  He was preceded in death by his parents, his wife, Patricia Ann Easter, brother, Richard Easter and sister Ruth (Easter) Disbro.  Leland is survived by 2 brothers, Raymond Easter of Adrian and Laverne "Pete" Easter of Sun City, Florida; his children Michael (Sharon) Easter of Adrian Charles (Dianna) Easter of Alpena, Janet (Jeff) Kenney of Johnstown, Ohio; eight grandchildren, Mark, Jeremy, Kristin, Dean, Patrick, Jason, Katie and Kory; great grandchildren, Mckenna, Mollie Michael, Abby, Emma, Samuel, Connor, Clariece, Colton, Lauren; two great great grandchilden, Karter and Jackson. Leland was born in Tipton, Michigan on December 23, 1925.  Early in his life he lived on several farms in Lenawee County before moving to Adrian.  He attended Adrian High School but was called to duty before graduating.  He served in the US Army during World War II, and saw action on the front lines during the Battle of the Bulge.  Upon his discharge he returned to Adrian and married Patricia Dickens.  Leland remained a resident of Adrian worked for the American Chain and Cable Company as a tool and die maker for over thirty years.  He was an avid camper and took family vacations throughout the United States.  He also spent much time at the family cottage on Devils Lake where he enjoyed boating fishing and hosting family gatherings. Upon his retirement he moved to the cottage for a number of years before moving to Florida. He remained in Florida for twenty years where he enjoyed trips to the beach and playing golf multiple times a week.  Private services will be held with Military Honors performed by the Tecumseh American Legion & VFW Honor Guard.  Arrangements with J. Gilbert Purse Funeral Home, Adrian, MI.  www.PurseFuneralHome.com

To send flowers to the family or plant a tree in memory of Leland E. Easter, please visit our floral store. 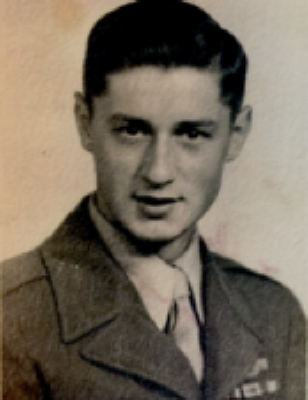