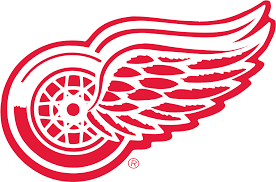 Joseph Kelly Mincovsky, age 62, of Adrian, MI, passed away, May 17, 2022, at Hospice of Lenawee Hospice Home. He was born June 22, 1959, in Detroit, MI, the son of Joseph & Catherine (Kedich) Mincovsky.  Joe was a graduate of John Glenn High School and attended college at the University of Michigan. He was previously employed as a property manager for the Dolbin Company and also worked various jobs in Detroit, MI. He married Theresa Haley and they had a daughter together, Crystal. Joe and Theresa later divorced. Joe was a huge Red Wings, U of M, Frank Sinatra and Beatles fan. In 1999, he moved to Adrian, MI, and resided with his partner, Ron Flores for 23 years until his death. Ron & Joe enjoyed having huge Halloween & Christmas displays in Adrian.  Joe is survived by his husband, Ron Flores; his daughter, Crystal (Joe) Roulo; grandson, Jasper Roulo; one sister, Kathy (Harold) Mason of Inkster; two brothers, Jon (Nancy) Mincovsky of Inkster and Michael Mincovsky of Canton; nephew, Ethan Mincovsky; cousin, Sue Andres and her daughter, Melissa (Sam) Stouffer; his family through Ron, step-daughter, Lavina Flores and her fiance Mike Martin of Tecumseh; mother in law, Lavina Nunez of Adrian; brothers in law, Rick (Teresa) Flores, Greg (Cindy) Flores, Charles (Dori) Flores, Anthony Flores and Ken (Rose) Johnson; sister in law, Kate McDonald; and very dear friend, Ruth Ritchie.  He was preceded in death by his parents, Joseph & Catherine Mincovsky; cousin, JoAnn Sheprak, second cousin, Megan Andres; and beloved aunt & uncle, Olga & Mike Sheprak. The family would like to thank Michele Ritchie and Hospice of Lenawee for their love & care.  Funeral Services will be held 1:00 PM Tuesday, May 24, 2022, at J. Gilbert Purse Funeral Home, 2959 N. Adrian Hwy, Adrian, MI with Fr. Michael Newman officiating. Burial will follow in North Dover Cemetery. Viewing & Visitation will be on Monday, May 23, 2022, from 4:00 PM to 8:00 PM at J. Gilbert Purse Funeral Home, Adrian, MI.  www.PurseFuneralHome.com

To send flowers to the family or plant a tree in memory of Joseph Kelly Mincovsky, please visit our floral store.