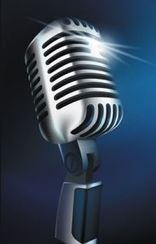 James E. Pemberton Jr  (Jim) was 58 years old and a resident of Kingsley Mi. He died unexpectedly of heart failure secondary to COVID-19 on Jan. 2 of 2022. He was born 11/11/63 to Sharon  (Nowiski) and James Pemberton Sr. in Texas. Jim was known as a lead singer in several country music bands; he was with the Country Drifter's for 25 years. His also worked as a one a on man band and continued to have a following. He also played in Kingsley with the Famers Market band. Jim  had "A day job" of Residential Aide at several group homes in the Grand Traverse area. He is survived by his wife Melissa,  his son Nathan and two daughters Brittany and Cassie; two sisters Deborah Carlson and Margaret Fetters (both of Brutus MI). His uncle Gary Kaercher, a resident of Bay City MI, was Jim's mentor in music. Jim was preceded in death by his daughter Kayla, her finance Stephen Renaud, two small children Kaylee and  Sadie Renaud.Also his father James, mother Sharon Nowisk, brothers John E. Pemberton, Jerry R. Nowisk and Ore L. Nowiski. The Memorial will be announced a later date by  the family.

To send flowers to the family or plant a tree in memory of James E. Pemberton Jr. (Jim), please visit our floral store.