Share a memory
Obituary & Services
Tribute Wall
Donations
Read more about the life story of Jack and share your memory.

Jack W. Schuyler age 90, of Tecumseh passed away peacefully on April 24, 2022. He was a bright spark of positivity in his daily interactions, and will be deeply missed. Jack was born May 30, 1931 in Adrian Michigan to Clare and Doris (Smith) Schuyler, who both preceded him in death. Jack was an avid golfer and golf fan – yes, he DID get his hole-in-one. He loved spring training in Lakeland, and was a huge fan of Western books and movies. Jack worked at Tecumseh Products for 38 years. He also worked for Tecumseh Country Club 16 years after retiring from the Products. Jack served as a medic in the US Army during the Korean conflict. He took great pride in his service starting in 1952. Jack is survived by his daughter, Jane (Dave) Daniell, of Hartselle AL, daughter-in-law, Jaima, of Cedar Rapids, MI;  stepchildren, Dan (Joan) Bohannon of Midland TX, Cindy Bohannon of Brandon FL, Dave (Marcia) Bohannon of Tecumseh MI, and Dale (Dawn) Bohannon of Peoria AZ. He was the proud Grandpa of 10 grandchildren and 15 great grandchildren. Jack was preceded in death by his late wife, Lorene; son Richard; grandson, Jack; parents, Clare & Doris Schuyler; two Brothers, Victor and Richard; two sisters, Dorothy and JoAnn. Funeral services will be held 12:30 p.m. Friday, April 29, 2022 at J. Gilbert Purse Funeral Home, Tecumseh. Interment will follow at Brookside Cemetery, with military honors performed by the Tecumseh American Legion & VFW  Funeral Honors Team. Luncheon will follow at approximately 2:30 pm at the Tecumseh American Legion, 101 W. Pottawatamie St.  Visitation will be from 11:00 a.m. until time of funeral service, also on Friday at J. Gilbert Purse Funeral Home, Tecumseh. The family wishes to offer special thanks to Fieldstone staff and Tecumseh Place staff, as well as Careline Hospice staff.  In lieu of flowers, donations may be made to Careline Hospice of Jackson.  Donation envelopes for Jack’s direct-caregivers at Fieldstone/Tecumseh Place will also be made available at Purse Funeral Home. 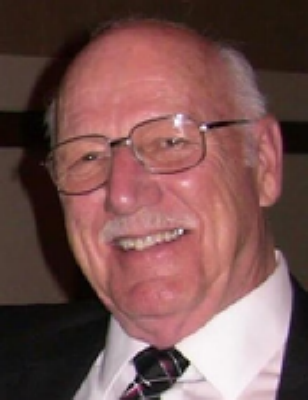