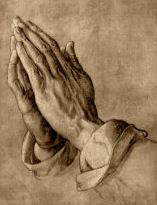 Gary Ralph Compton, Sr. of Tecumseh, Michigan, went into glory on February 7, 2022. Gary was born in Toledo, Ohio, on August 21, 1935, to Earl Freeland and Bernice (Amadon) Compton. He grew up in Hopewell and attended the Washington Local schools. As an adult Gary was trained as a Master Carpenter, later going into business for himself and finishing his career as a project manager for buildings throughout the U.S. He also served as a pastor some of those years. Gary was married to Marilyn Grace Russell (Sylvania, OH) on April 4, 1954, in Toledo, OH. Gary was preceded in death by his parents, his brother Kendall, sisters Margie, Margaret, his first wife, Marilyn Compton Keck, and his grandson, Michael John Slater. Gary married Mrs. Silvia Piloptek Godau on October 15, 2002, in Lake George, Mi. Gary is also survived by his children Dawn (Jim) Luginbuhl of Aylett, Virginia, Doreen (John) Slater of Madison, Mississippi, Gary (Carol) Compton Jr, of Aberdeen, South Dakota, Jeffery (Margaret) Compton, of Rossville, Georgia, Bart (Cheryl) Compton of Leo, Indiana, and stepson Mark (Devene) of Royal Oak, Michigan. Gary is also survived by 16 grandchildren, and 12 great grandchildren. The interment will be at a later date.

To send flowers to the family or plant a tree in memory of Gary Ralph Compton Sr., please visit our floral store.