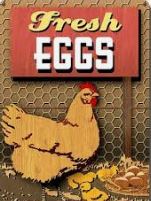 Donald C. Dickerson, age 82, of Britton, passed away March 19, 2021. Donald was born Friday, January 13, 1939 in Adrian, Michigan  the son of Charles and Velda (Kelly) Dickerson.  On June 17, 1961 he married Charlene Prielipp and she survives.  He was a 1957 graduate of the Britton-Macon Area High School.  He later graduated in the Spring of 1960 from the Michigan State University Short Course.  He received the FFA American Farmer Degree, was a member of the Lenawee FFA  Alumni and was an FFA Lifetime Member.   He started farming during high school and always  referred to himself as a farmer.   In high school he started an FFA project of laying hens and delivered the eggs door to door in Milan.  This grew into a 5400 laying hen operation, and door to door deliveries, deliveries to small groceries and restaurants continued.  In 1972 he opened the H & R Block office in Tecumseh, later acquiring Dundee and Manchester offices. He was still preparing taxes up to his death. He enjoyed euchre, pinochle and bowling.  He served on the Lenawee County Bowling Association Board and bowled in the American Bowling Congress Tournaments for over 25 years.  He was an avid MSU athletics and  Detroit Tigers fan. He was a member of the Adrian Breakfast Lions Club and became interested in Leader Dogs, raising six dogs for their puppy program.  He was a member of the Immanuel Lutheran Church, North Blissfield Highway. In addition to his wife Charlene, Don is survived by a son, Alan (Joy) Dickerson of Blissfield; daughter, Marti (Robert) Ross of Britton; sister, Jane (Harold) Arney of Chiefland, FL; brother, Terry(Jackie) Dickerson of Milan; grandchildren, Jenna Dickerson (Mike Shandley), Diane Dickerson and Hayden Ross. He was preceded in death by his parents. Memorials are suggested to Immanuel Lutheran Church Organ Fund, Adrian Lions Breakfast Club or a charity of donor's choice. According to Don's wishes, cremation has taken place and burial will be private. Visitation will be 2:00 to 7:00 P.M. Thursday,  March 25, 2021 at the J. Gilbert Funeral Home, Tecumseh.

To send flowers to the family or plant a tree in memory of Donald C. Dickerson, please visit our floral store.