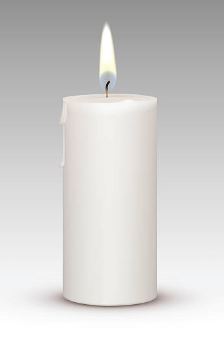 Carl Applegate of Ypsilanti, Michigan passed away at the age of 86 on Thursday, October 1st, 2020, from complications of Alzheimer’s disease. Although he had the disease for almost nine years, he remained positive and happy to the end. He passed away peacefully with his daughters at his side. Carl was born in Milan, Michigan in 1934 and is preceded in death by his son Steven Applegate, and his granddaughter Amy Applegate, as well as his parents and all five of his brothers and sisters. He is survived by his wife of 65 years, Bethel (Parsons) Applegate and his daughters Leann (Dale) Rogers and Lynette (Mike) Wood. He is also survived by his seven grandchildren, four great-grandchildren, and three great-great grandchildren. Carl retired from the Ford Motor Company, where he worked at the Rawsonville Ford plant as a machine repairman. In retirement, Carl and Bethel enjoyed traveling the U. S. and Canada in their motor home and spending many days at their cabin in Tennessee, and their vacation trailer in Manistee, Michigan. Carl’s greatest joy was his family and he loved cooking huge meals for anyone that would stop by the “Applegate Compound”, as family would affectionately call their family home in Ypsi. If you wish to celebrate Carl’s life, please donate to the Alzheimer’s Association. No service has been scheduled at this time.

To send flowers to the family or plant a tree in memory of Carl Applegate, please visit our floral store.