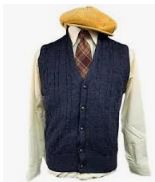 Alan James McBeth, 75, born October 24, 1946,  passed away unexpectedly but peacefully at his home in Tecumseh, Michigan on May 29, 2022. He is survived by his wife, Sylvia Brothers; mother, Muriel McBeth; sisters, Karen Chopra and Sally McBeth; and brothers, Raymond McBeth (Deb), Dean McBeth (Lisa) and Glenn McBeth (Jeanette) as well as five nephews and nieces and their children. He was preceded in death by his father, Carroll McBeth, sister, Casey, and brother, Mark.  Alan also leaves behind brothers in law Bill Brothers (Rose) and Jim Brothers; sister in law, Lou Glorie (Francis) and 10 more nephews and nieces, with whom he had strong ties. Alan’s mother Muriel remembers her third child (of eight) as a good baby. Also known as “the smart one,” of the family, Alan suffered the onset of juvenile onset diabetes in high school and had valiantly battled it ever since. A National Merit Scholar, Alan distinguished himself at Michigan State University, graduating with a Master’s degree in Philosophy.  In East Lansing, he was known for his dapper silk vests, many hats and lightning wit. Alan was a writer, poet, philosopher (and later a talented watercolorist).  Above all, he was master of the bon mot, the surprising turn of phrase—riffing on any conversation with complex plays on words that were not only hilarious but actually led the conversation forward. Alan worked for many years as a legislative analyst for the Michigan State Legislature, and later as media communication expert at the Denver Election Commission and a grant writer for non-profit organizations. Alan was lucky to fall in love with and marry Sylvia, and their marriage in 2004 was a turning point for him. They traveled to Paris, Rome, Venice, Scotland and England. In a big RV, they traveled across the U.S. and Canada with their beloved puppies, Eppie and Luna, visiting the McBeth and Brothers families and forming bonds of laughter and friendship. Alan’s cheerful determination to meet all of life with philosophy and humor will be sadly missed by his colleagues, friends and family.

To send flowers to the family or plant a tree in memory of Alan James McBeth, please visit our floral store.

You can still show your support by sending flowers directly to the family, or by planting a memorial tree in the memory of Alan James McBeth
SHARE OBITUARY
© 2022 J. Gilbert Purse Funeral Home. All Rights Reserved. Funeral Home website by CFS & TA | Terms of Use | Privacy Policy | Accessibility