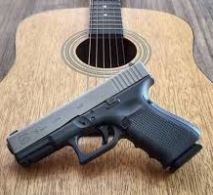 Anthony Scott Cameron, age 44, of Onsted, MI, passed away, February 6, 2019, at University of Michigan Hospital. He was born on December 31, 1974. On October 9, 2010, at Greektown Casino, he married Hannah  Newell, his best friend and soulmate for the last fourteen years, They shared a love for video games and met each other on the game, World of Warcraft. Together, at Hannah's childhood home in Onsted, MI, which he purchased,  they shared three dogs, forty chickens, and a multitude of ducks and turkeys. (Penny, his baby and special dog, misses him so much). In addition to all of these, he is survived by his wife, Hannah; his parents, Rod Cameron and Linda Balint; brother, Allen Cameron; his in-laws; his step-parents; step -siblings; aunts, uncles, cousins; and his other best friends, Ryan Synder and Matt Schanke. Scott has now joined his son, his grandparents, and another best friend, Paul.  He worked in the Information Technology Field for over twenty years, and was currently employed as a Network Engineer in Detroit. His hobbies included guns, guitars, and Tattooed Women.  He never wanted a funeral, but wanted everyone to celebrate the life he lived.  His Celebration of Life will take place from 5 pm to 9 pm  on February 23, 2019, at the Mill in Onsted, Michigan. Arrangements have been made for immediate cremation.